It is not the handle that has to adapt to its use (the grip, the force applied to the lever) by assuming some degree of ergonomic form; rather, the hand, thanks to all of its natural virtues, can adapt to a pre-established, finite or “closed” form which is perfect by virtue of the fact that it has been opportunely designed. Gio Ponti 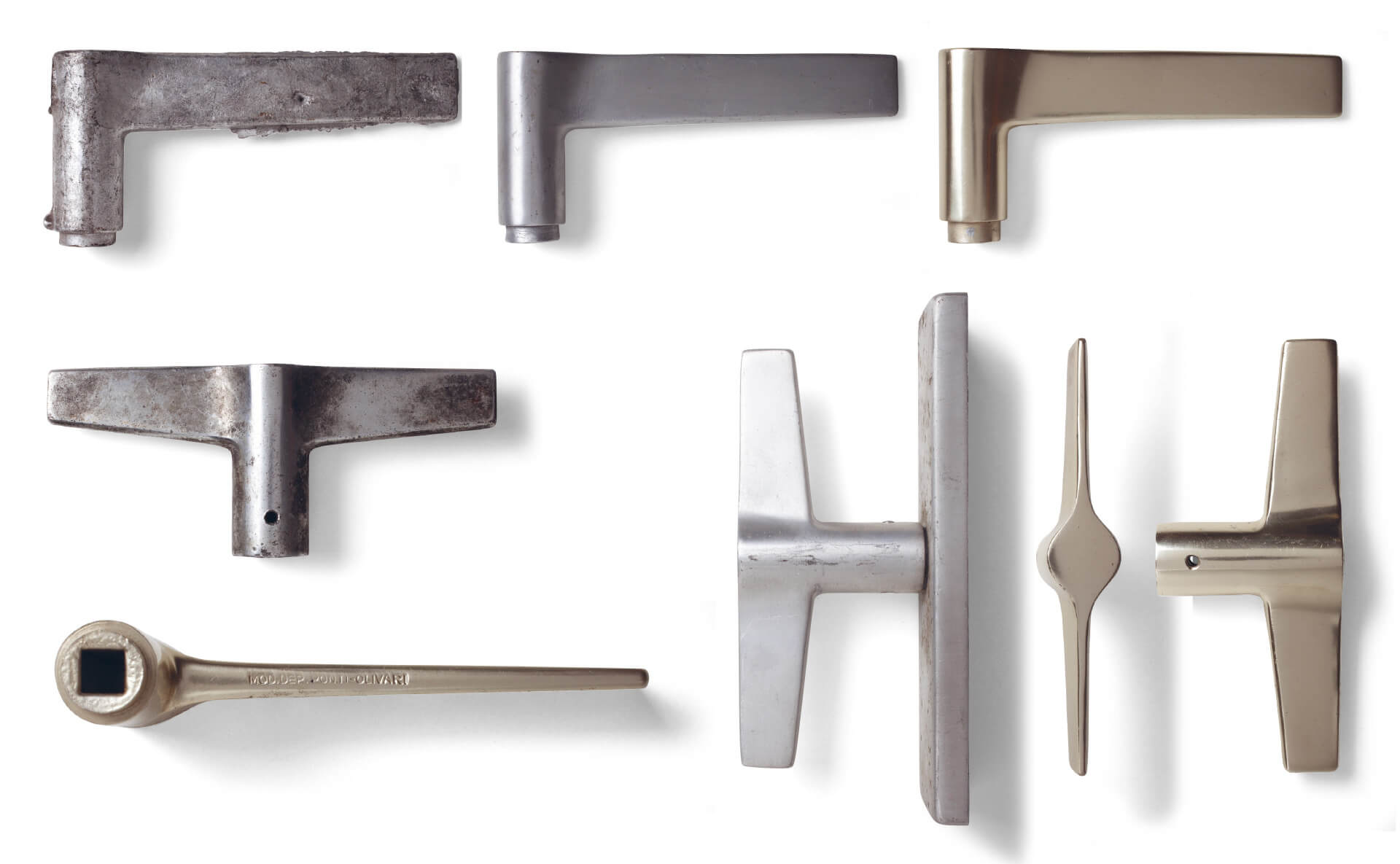 This conception gave birth to three models: Anello, Lama, and Cono. The first is almost a constructivist assemblage, a simple band of brass wrapped around a cylinder. But Lama and Cono are true exercises in refinement, elaborations of pared-down forms that appeared contemporaneously in other Ponti objects. The idea of lightness, which had now become a primary value for Ponti, is implemented also in these handles by a hollowing out, a minimisation of volume and a focus on the surfaces.

Lama, seen from the front, starts from a small disk (with a thumb hollow to enhance the grip) whence flows the lever like a thin blade [“lama” in Italian] rendered harmless by its thickness and roundedness. Cono follows the same principle but carries it to an extreme. It thus reduces to a simple line extending from an almost invisible point at the tip of the cone [whence its name] that secures the lever to the door. from: Macchina Semplice, Stefano Casciani, Skira editore 2010

The handle takes down its name from the Universal Exposition that should have been held in Rome in 1942, on the occasion of the twentieth anniversary of the march on Rome. Made of aluminum alloy in the Olivari workshops, it was supplied for the EUR Office Building (1937-39), the only building in the neighborhood entirely built before the outbreak of the Second World War.

In 1936 Gio Ponti, planning in full the first Montecatini office building in Milan (1936-38), had already designed and made produce a first version of the handle: made of anodised aluminum and still present in the building nowadays, it seems fully express the dynamism of the new working spaces, combining the shape strength with the material lightness, the ergonomics of the project to the seriality of the industry. 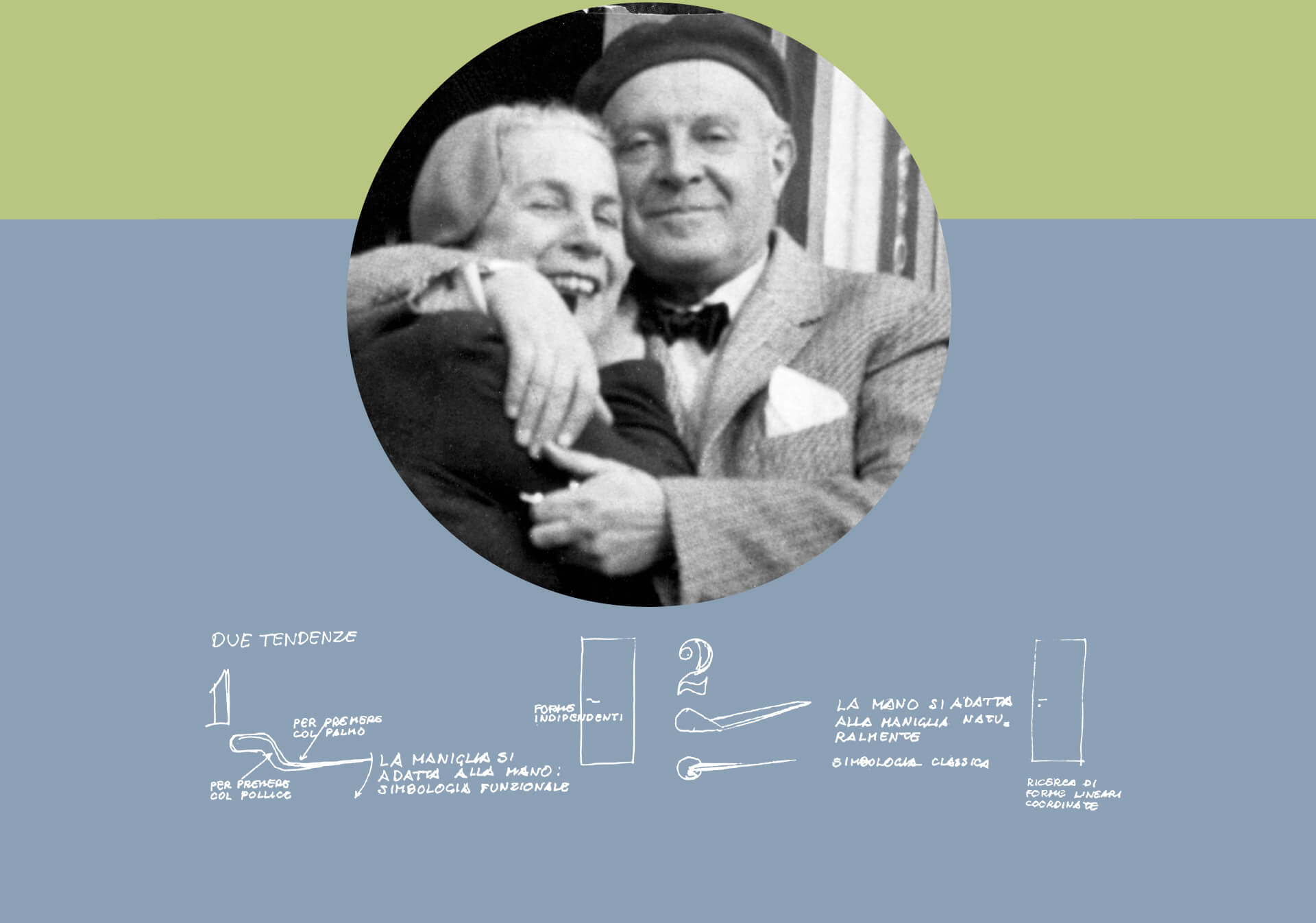